Indian archi­tect Professor Rahul Mehrotra, RMA Archi­tects Mumbai and Boston, designed the new Virchow 16 lab building on the Novartis campus in Basel with a green façade and a greenery-infused atrium, inter­twining the archi­tec­ture and the plant world in striking fashion.

An inner court­yard extends from the fourth floor to the roof inter­spersed with paths and little nooks in which to linger and chat. A concen­tra­tion of trop­ical plants – a hanging garden within the building.

The topo­graphic land­scape spans three basins at different heights in a two-level system. The entire system of the indoor greening solu­tion is struc­tured so that the planted areas are connected via a pipe, thus allowing drainage of excess water. The fully auto­mated watering of the indi­vidual planted areas uses water-reten­tion irrig­a­tion and drip hoses to ensure uniform watering.

The west-facing green main façade also features dense growth of climbing and hanging plants. The façade continu­ously changes its char­acter with the chan­ging seasons, filters the sunlight, offers natural separ­a­tion of spaces and actively contrib­utes to climate control in the building. 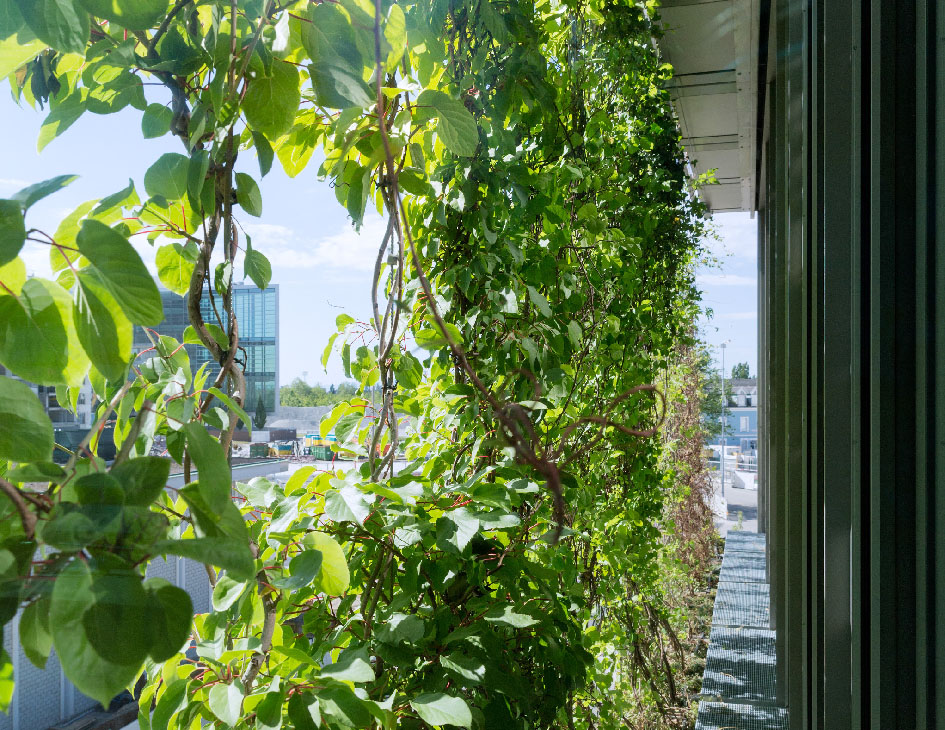 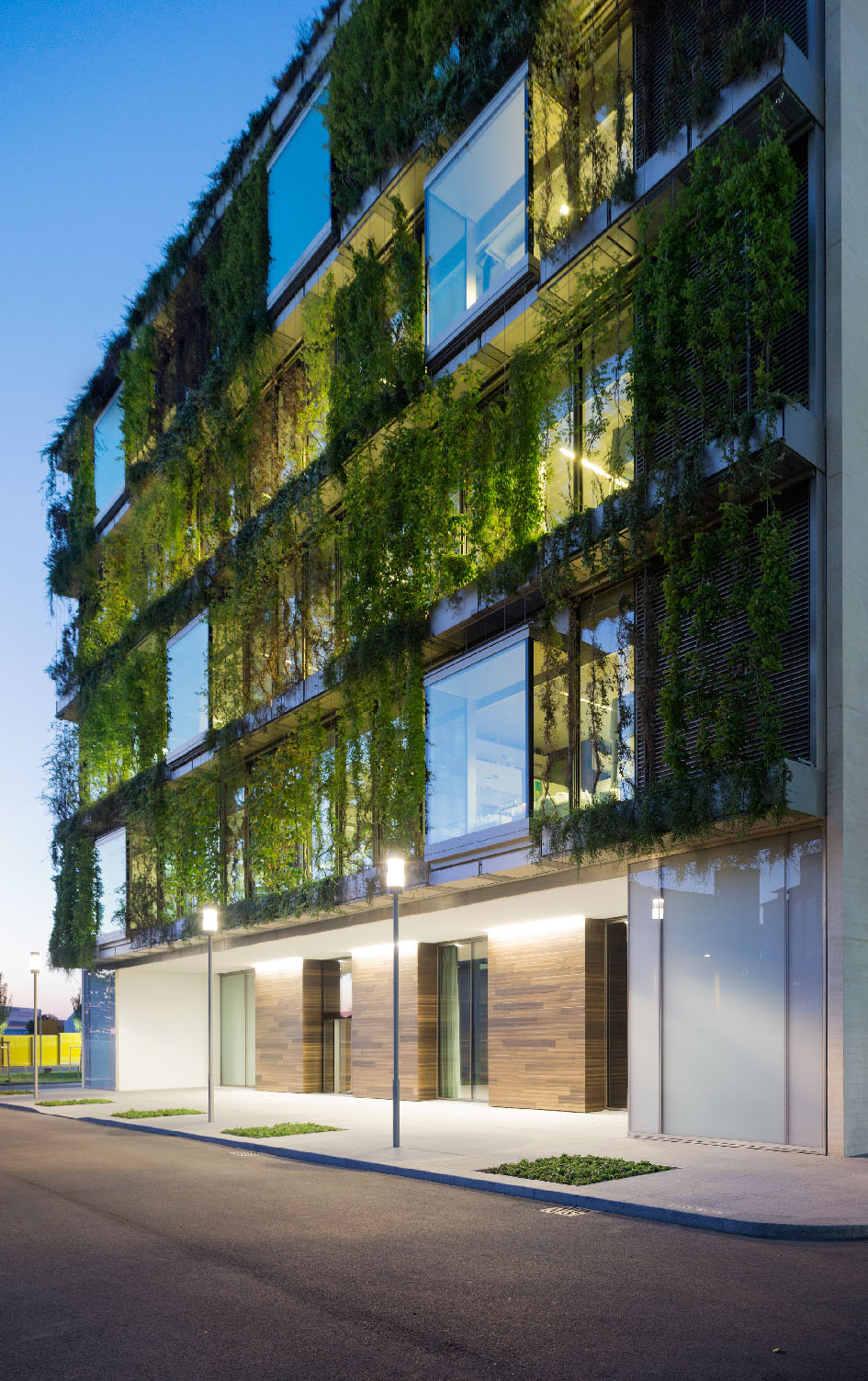 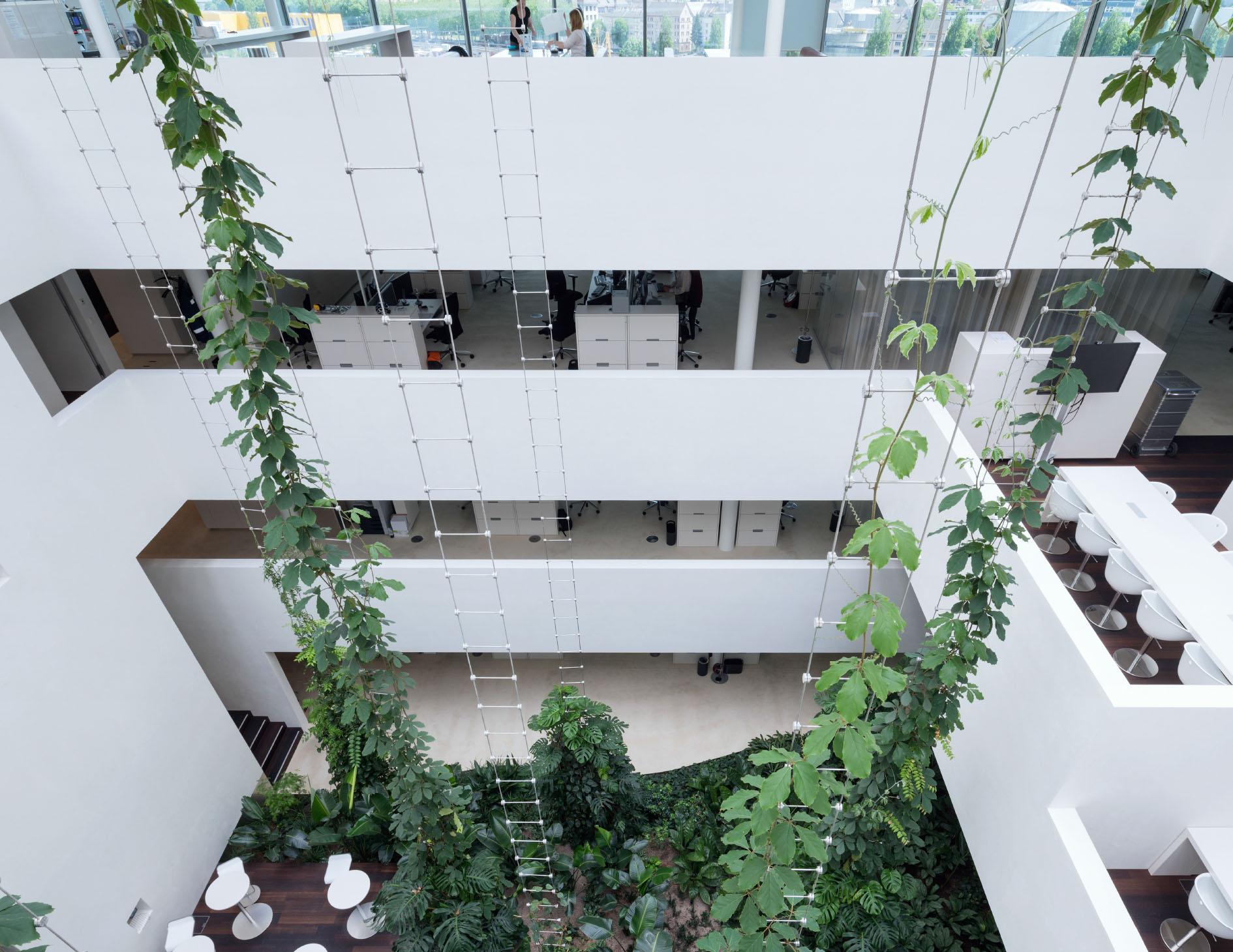 Do you have a brilliant plant-related idea of your own?

Samuel Bulgarelli is all ears.

Exotic paludarium with orchids and ferns

Craving some greenery in your inbox? Of course you are!
Subscribe to our newsletter and we’ll keep you up to date.