The design for the restruc­turing of Swiss Re’s headquar­ters in Zurich — which came about as the result of a compet­i­tion which was won by Diener & Diener Architekten — replaces an existing building from the 1960s. The outside is char­ac­ter­ised by a large, undu­lating glass façade. Further­more, the building repres­ents great flex­ib­ility in its use of the office floors and modern, future-oriented work­sta­tions.

The interior plant design came about as the result of artist Willem de Rooij’s idea to asso­ciate each floor with the veget­a­tion of a specific continent: North America, South America (the tropics), the Australian Outback, Antarc­tica (tundra).

Plants and containers fuse together in a natural manner. Featuring the most varied of surfaces, large, flat containers from Atelier Vierkant each make up the colour, struc­ture and surface of the natural earth of the indi­vidual contin­ents. Glazes, varnishes and untreated surfaces are used altern­ately, resulting in fascin­ating games being played with the daylight. 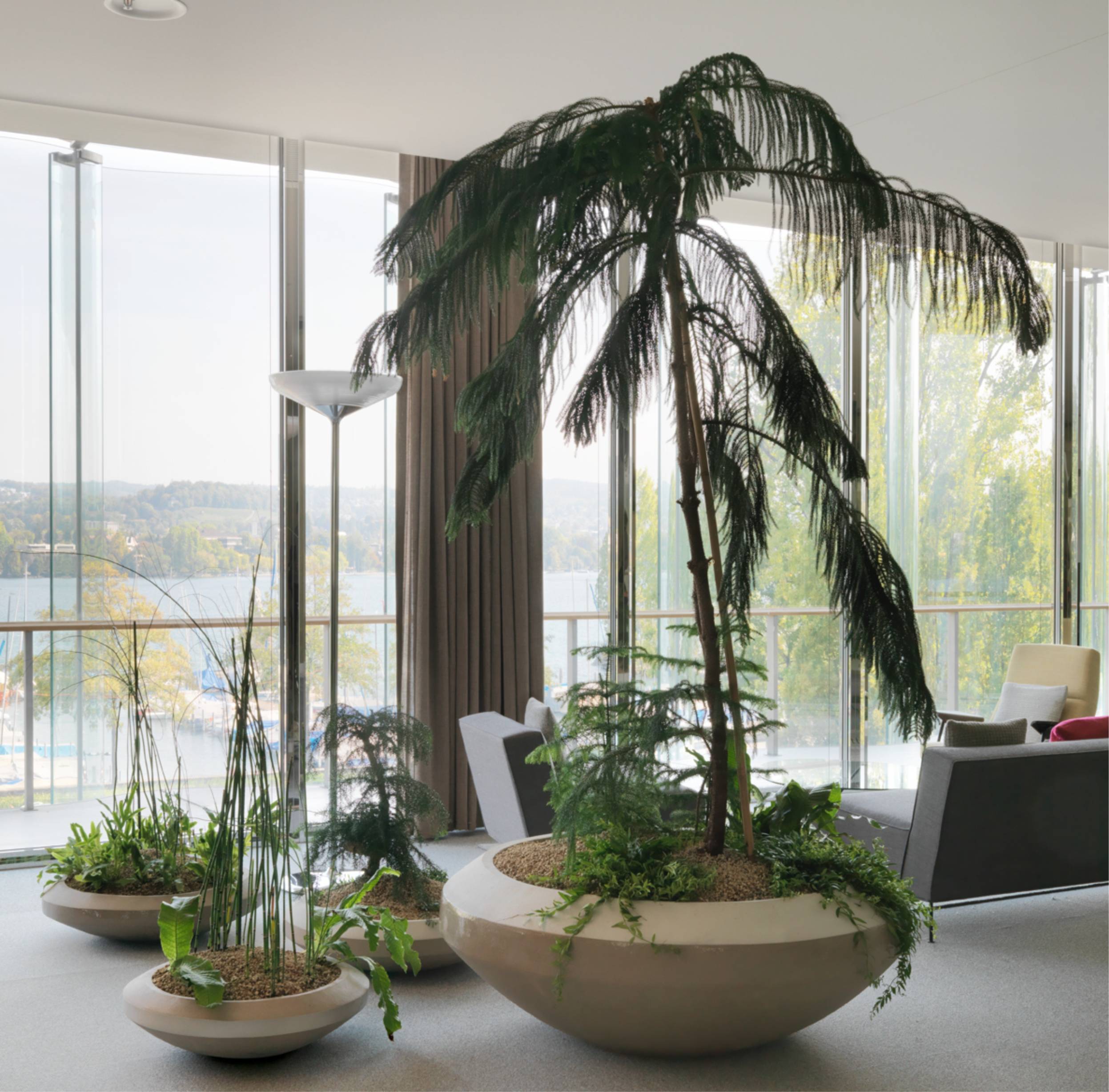 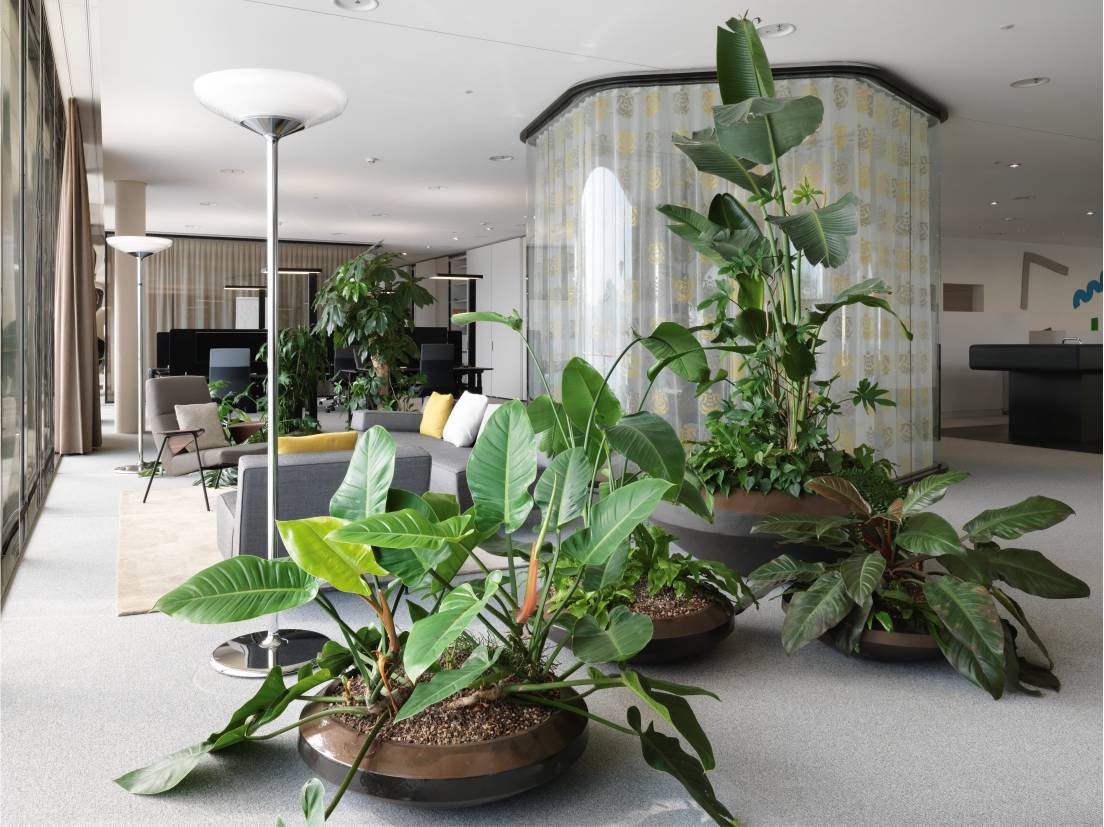 Do you have a brilliant plant-related idea of your own?

Samuel Bulgarelli is all ears.

Green Wall and Atelier Vierkant Pot as a Plunge Pool

Craving some greenery in your inbox? Of course you are!
Subscribe to our newsletter and we’ll keep you up to date.